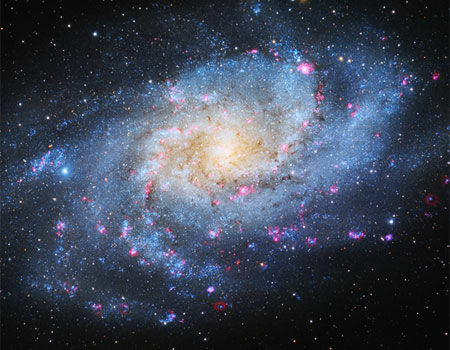 The dark side of the moon

Precise control is key to uncovering the secrets of our galaxy

It is impossible for us to count the number of stars in the Milky Way, but estimates tell us it’s made up of approximately 100 billion. Humanity has known very little about the Milky Way’s disc-shaped cluster — mostly due to our inability to really see what is going on at its centre. The MOONS project, initiated by British astronomers, aims to close these knowledge gaps with technology initiated by EMS.

Earth is positioned in one of the spiral arms of the Milky Way: the Orion Arm. This lies about two-thirds of the way out from the centre of the galaxy and its position causes scientists a fundamental problem.

When astronomers attempt to look at the midst of the galaxy from Earth’s vantage point, their view is obstructed by billions of neighbouring stars. It is this denser, middle part of the galaxy the area we know so little about.

The MOONS — or Multi Object Optical and Near-infrared Spectrograph — project is working to understand what is happening at this mysterious centre.

Commissioned by the European Southern Observatory (ESO), the MOONS project spans eight institutes and several countries. The project is coordinated by the UK Astronomy Technology Centre (UK ATC) in the Scottish capital of Edinburgh. It operates some of the world's most powerful telescopes, including the Very Large Telescope (VLT) at the Paranal Observatory, which has a mirror diameter of 8.2 metres.

One of the goals of the MOONS project is to upgrade and equip the VLT with a new instrument that will capture optical signals from space. The instrument in question is a spectrograph, which will simultaneously capture a large number of cosmic objects in both the visible and infrared part of the spectrum.

Using the spectrograph, the telescope will not produce large-sized images in the traditional sense. Instead, it will capture minute details related to an object’s movement and chemical composition.

“With this new technology, we’re yielding more information than ever before,” explained David Montgomery, head of mechanical engineering at UK ATC and a lead engineer on the MOONS project. “A high-quality camera takes an image and freezes it in time, but with the MOONS spectrograph, we’re going to learn so much more.

“For example, we can learn about the chemical composition of an object. This allows us to calculate its dynamics, velocity and direction of movement. Because MOONS will be able to capture the near-infrared spectrum, we can also precisely analyse the redshift that the light from distant objects travelling to us is subjected to."

Previous spectrograph technology allowed for a maximum of 100 objects to be observed individually, and only in the range of visible light. Using this improved version of the VLT, fitted with two spectrographs, means 1,000 objects can be examined at one time and in a far more in-depth manner.

The project also aims to create 3D map of the Milky Way by using this technology and capturing data over a five-year period. This achievement could help scientists to build a digitalised GPS navigation system of our galaxy.

Unsurprisingly, the sheer precision required when targeting this volume of objects calls for an equally precise piece of equipment. To achieve this, UK ATC contacted Electro Mechanical Systems (EMS), a leader in bespoke precision equipment.

The new spectrographs will sit in a cooled cryostat, which measures over four metres tall and will weigh just over seven tonnes. To target several million objects in space, fibre positioning units (FPUs) will be fitted directly to the front of the cryostat. These optical fibres will be used capture space’s objects must be pointed at each cosmic target at one time. To be successful, this must be done quickly, and without room for error.

Arguably one of the most complex design elements, these FPUs will position the spectrograph’s optical fibres, to help them capture space’s optical signals by moving the fibre positioners into the correct position in their own patrol field.

The FPUs will be equipped with two stepper motor drive units, which are fitted to reduced-backlash spur gearheads. While one drive unit moves the central axis of the FPU, the other simultaneously moves the fibre tip.

Together, the two axial movements will allow each FPU to cover a circular area in which each fibre can be randomly aligned. To ensure complete coverage, each FPU’s area of movement will slightly overlap the adjacent units, so that every point in the capture zone can be monitored.

“Control and reliability are two of the project’s main motivators,” explained Montgomery. “Positioning of the spectrograph’s fibres is key — MOONS cannot afford thousands of positioning units crashing into one another and breaking.”

To achieve the level of control required, simplicity is key. Rather than over-complicating its already sophisticated technologies, the spectrograph calls for precise, high-quality elements with simple controls.

To achieve this, expertise from across the FAULHABER group, for whom EMS is the UK distributor, was brought into the project. Businesses from across the group have been working to deliver actuation systems for the spectrometer’s FPUs.

Following the initial conversations with EMS, the equipment was ultimately supplied by EMS partner, Micro Precision Systems (MPS). When MPS began designing the equipment, it needed to be rigid as possible. The device cannot afford to flex at one end and lose accuracy.

“Tolerances were very tight during the initial design,” explained Montgomery. “Our in-house team simply wouldn’t be able to meet its control and precision requirements without outsourced expertise from both EMS and MPS.”

Several additional parts have been integrated into the FPUs including high quality stepper motors from FAULHABER PRECISTEP and zero backlash gearheads from FAULHABER Minimotor. Both elements contribute to positioning accuracy.

Ready for take off

Pre-installation testing shows these precision components helped the FPUs achieve an accuracy of 0.2 degrees, and a reproducibility of position down to 20 microns. Excellent numbers, given the length of each unit.

Testing is still underway and the MOONS team expects the spectrograph to be installed fully by Summer 2021 and commissioning will likely take until take place until 2022, when we plan to begin the mapping process,” Montgomery revealed.

“The spectrograph and its positioning units are a true feat of precision engineering,” explained Stewart Goulding, managing director of EMS. “Not only does the volume of these FPUs demonstrate the mammoth, yet highly intricate, task that engineers have faced during the project, but their tight tolerances and need for superior control truly showcase just how precise micromotors can be.

“MOONS has been a fascinating project to work on, and it is awe-inspiring to think about just what these units will help astronomers to uncover,” concluded Goulding.

MOONS will tackle some of astronomy’s most probing questions about the Milky Way and its mysterious centre. If your next project requires unique positioning and control technologies — precise enough to target the even the most unexplored galaxy — get in touch with the EMS team at www.ems-limited.co.uk. 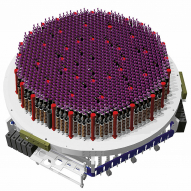 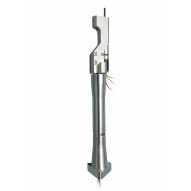